Fascinating: the largest accessible ice caves in the world.

The World of Ice Giants comprises the largest Ice Caves in Austria and the world. Only a few kilometres lie between your four star Hotel Rauriserhof and the famous Ice Caves of Austria.

After an extensive Austrian breakfast at your four star Rauris hotel in Salzburg: the Rauriserhof, you will start your holiday relaxed, confident and full of energy for your next adventure. Today’s agenda: a trip to the World of Ice Giants in Werfen, the largest ice caves in Austria and the world.

From the World of Ice Giants car park you will reach the cable car station after a few minutes of walking. With the cable cars you are transported up safely and in comfort. Once at the top only a short walk is between you and the entrance to the famous ice caves of Austria, where you will be equipped with head torches. 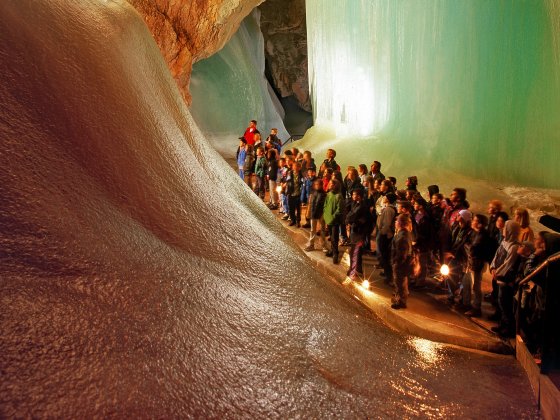 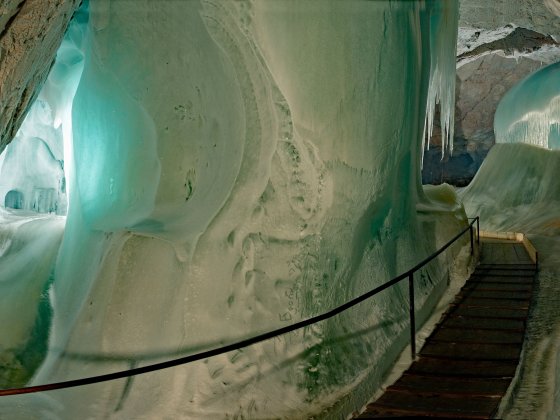 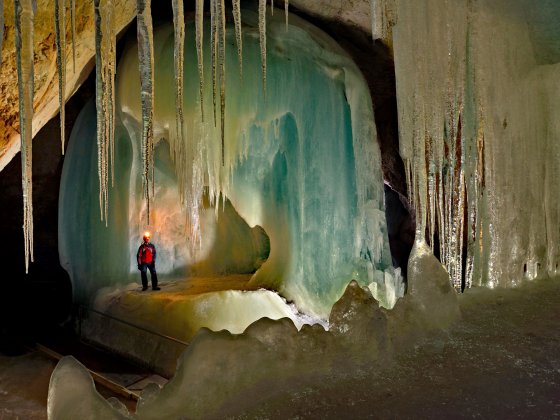 Safety at the Ice caves in Austria’s Werfen

Please note that the World of Ice Giants in Werfen is accessible only during the summer months due to safety regulations. Within the ice caves the temperature is around 0 Degrees even during the summer months. Good shoes and warm clothing are therefore essential, even if it is summery and hot on the outside. The World of Ice Giants has landmark status and can only be entered with a certified and authorized guide.

Combine a trip to the world famous ice caves in Austria with a visit to the medieval fortress of Hohenwerfen, before returning back to your holiday home in Rauris: Hotel Rauriserhof. By the way: in the Rauris Valley of Salzburg many more attractions can be discovered: historic buildings and impressive natural monuments, adventurous gold panning and baking bread at an alpine chalet: leisure activities in Rauris are plentiful!

Look forward to your next summer holiday in the Rauris Valley of Salzburg – and send an online enquiry for an individual holiday offer from the 4-star hotel Rauriserhof. Experience the fascination of the unique ice caves in Austria: the World of Ice Giants in Werfen or the many more destinations for day trips in Austria.